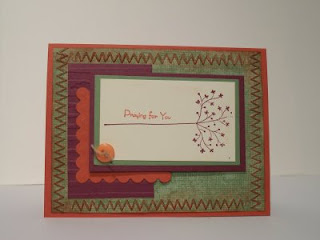 Last week was full of sad events. The one that hit me the most was the unexpected passing of the King of Pop, Michael Jackson. Michael was the first crush I had. I was about 4 or 5 years old at the time. I remember seeing him and his brothers on old shows like Soul Train. I remember the Jackson 5 cartoon and "little Michael" was the one who always got in trouble. My friends and I always had contests to see who could name all 5 of the Jacksons in order. Yes, I was born in the 70's but I won't share the year.

When I was in elementary school, my friends and I would sing and dance to songs from Michael's beginning solo career. I could not get enough of "Don't Stop 'til You Get Enough" and Workin' Day and Night."

Thriller came out when I was in middle school and I was really crazy for Michael then. MTV was my favorite channel and I would scream and act real silly as all the other pre-teen girls when the "Beat It" and "Billy Jean" videos played. I remember when the world premiere of the "Thriller" video was to air on MTV. I raced home from school and ran to the den to be one of the first watch it. MTV had become "Michael TV!" When Michael's hair caught on fire while filming the infamous Pepsi commercial, I cried. When Michael first debuted the Moonwalk on live TV, I wanted to faint.

As I got older I didn't have such an infatuation with Michael but I always considered myself a fan. I never got to see him in concert but every time one of his songs played on the radio I always listened to it and would sing a long. Even with all the problems he had in his life and the disturbing allegations against him, I still saw him as a great musician and entertainer. I chose to think more of him in his earlier years and often would wonder what went wrong with him that brought about the bizarre behavior in his latter years. Often I would pray for him to find forgiveness and salvation through Christ and then even healing.

On the afternoon of Thursday, June 25, 2009 Michael's life came to a very abrupt end. I, along with the rest of the world, was in utter shock. I was driving home when I first heard the news on the radio. I had to pull over to the side of the road for a few minutes to cry. When I got home, I couldn't pull myself a way from the TV news reports on what had happened and all the tributes to his life. I was in disbelief for a couple of days.

We may never know what Michael was thinking in those last few seconds before his heart stopped. I like many of my Christian friends who admired Michael, hope he had asked Christ for forgiveness and salvation, but on this side of heaven we may never really know.

This card was actually made the Friday before last. I wanted to play with some of my new SU stuff and use the new colors but the batteries died on my camera and I couldn't replace them until later. I didn't have anyone in mind when I originally made this card. I had no idea that we would lose 3 prominent celebrities all in one week, let alone 2 in one day. If I could, I would like to dedicate this card to the family, friends, and fans of Ed McMahon, Farrah Fawcett, and Michael Jackson. My prayer is that you all will find comfort and peace in this time of grief by putting your faith in Jesus Christ.
Posted by Elizabeth at Sunday, June 28, 2009

I love your card and share your sentiments. It has been a sad week.

super cute card. i certainly had my michael jackson poster haning on my wall in my room when i was young.

So blessed to have found your blog! This card is just beautiful and your post is very touching. TFS! Blessings to you!

This is a lovely card.

i love this stamp set!

Elizabeth
Hi! My name is Elizabeth and this is a blog to show off my hobby.

Some of my favorite places 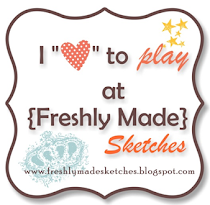 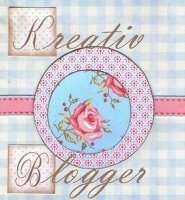